Home / Branching, and Its Affect On Melting and Boiling Points

Branching, and Its Affect On Melting and Boiling Points 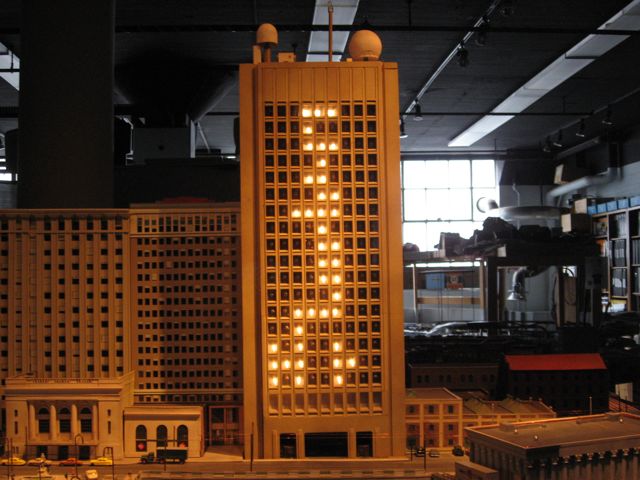 The above photo shows what is perhaps one of the worst games of Tetris ever played. In my defence, the point wasn’t so much to play, but to take a photo of the great setup the Tech Model Railroad Club had set up next to the MIT museum, complete with a replica of the Green Building that you can play Tetris on. Truly the nerdiest place on earth.

Tetris is essentially a bricklaying game on a timer. You’re given tiles and you have to rotate them so that you make “lines” at the bottom, which promptly disappear when complete. If there are any spaces left in between, they remain – (for many examples, just look above). What makes Tetris hard is the arrangement of the different shapes. You often have to rotate them in order to get them to stack correctly.

If you want to make the game absurdly easy, just make it such that every tile looks like the one on the left. Or difficult, to the piece on the right.

You’ll notice something – the simpler the pieces are, the easier they are to stack together, which provides a tighter fit with fewer spaces. Here, by putting a kink in the block, we make them harder to stack.

What’s this got to do with chemistry?

When compounds freeze, the process is a lot like stacking bricks. The more symmetrical the molecules are, the easier it will be  and the fewer spaces there will be between the molecules. Fewer spaces = better stacking. Hence, when you compare hexane to its structural isomer, 2-methylpentane, hexane has a much higher melting point due to the regular arrangement of its structure.

It’s a nice story: branching decreases melting point and boiling point. But it gets more complicated.

It looks like as we increase branching, we’re increasing melting point and decreasing boiling point. What’s going on?

Treat the n-hydrocarbon as a special case, and ignore it for the time being.  Starting with the simplest branched compound, as you increase branching, you will increase the melting point, but decrease the boiling point. Why?

What about boiling point?

Boiling point is related to the forces between molecules, which in the case of hydrocarbons is Van Der Waals interactions. If you’ve ever seen microscope images of a gecko’s feet – which allow it to climb walls – you’ll see that there is no adhesive but the pads contain a tremendous amount of surface area. It’s all about the Van der Waals interactions.

As we decrease surface area, we are going to decrease intermolecular Van Der Waals interaction and therefore decrease boiling point.

So here are the relationships:

If this all seems rather ambiguous, contradictory, and imprecise, well, you have a point. It’s not a straightforward topic. As a final example, I give you 2,2,3,3,-tetramethylbutane. An isomer of isooctane (gasoline) with melting point 95 °C. Further proof, as if more was needed, that predicting melting/boiling points from chemical structures can be a fool’s errand.

30 thoughts on “Branching, and Its Affect On Melting and Boiling Points”