Today, we’re going to tie those two concepts together, and try to show that whether a substituent is an ortho-, para- or meta- director depends on how the substituent affects the stability of the carbocation intermediate.

And we’ll also see why an alternative name for meta- director might be, “ortho-, para- avoider”. : – )

1. Carbocations Are Stabilized By Adjacent Atoms With Lone Pairs

Let’s think back to which factors increase the stability of carbocations. [See, “3 Factors that Stabilize Carbocations“]

Carbocations are electron-poor species with six electrons in their valence shell. So, any substituent which can donate electron density toward the carbocation will be stabilizing. This includes:

And factors which destabilize carbocations?

So here’s a quick quiz. Given everything written above, which of the two carbocations below will be more stable?

If you can answer this question well, you are most of the way towards understanding the difference between ortho-, para- and meta- directors.

Let’s examine two case studies. We’ll look at a generic electrophilic aromatic substitution reaction of benzene with an ortho-, para- director (methoxybenzene) and examine the intermediates that are obtained from attack at the ortho, meta, and para positions. Then we’ll perform the same exercise with a meta– director (trifluoromethylbenzene).

In the process, we’ll hope to understand why methoxybenzene favors ortho- and para– products while trifluoromethylbenzene favors the meta- product.

Electrophilic aromatic substitution of methoxybenzene tends to give ortho- and para- products with very little meta- . Here’s what happens in nitration, for example:

3. Yes, Oxygen Is Electronegative.  But Donation Of Its Lone Pair More Than Makes Up For It!

Here’s the pathway leading to the ortho- product. We break a C–C pi bond and form a new C–E bond (where E is intended to represent a generic electrophile), generating a resonance-stabilized carbocation:

If you look closely, you should note that we can form four resonance forms . Three of them bear full carbocations (on C1, C3, and C5), but it is the the fourth one – the resonance form where there is a C=O pi bond – which is particularly important. Why?  In this resonance form, all of the carbon atoms have a full octet of electrons. That’s because the oxygen directly bonded to the ring can donate a lone pair to the adjacent carbocation, forming a pi bond. This is an example of pi donation.

Here’s the pathway for attack of the electrophile at the meta- position. Note the difference!

Attack of the electrophile at C-3 results in a carbocation which can be delocalized via resonance to C2, C4, and C6. However, there’s no way to “move” the carbocation to C1, which means that there’s no reasonable resonance form where all atoms have full octets.

Finally, here is the reaction leading to the para- product:

Here we can again draw resonance forms with carbocations on C1, C3, and C5, as well as a fourth resonance form where the attached oxygen atom donates an electron pair to the carbocation on C1,  resulting in a full octet at carbon. This is a situation essentially the same as the ortho- intermediate.

So, by analysis of the resonance forms  (and mark my word, you may well be asked to do the same on a test in the near future) we can see that the intermediate carbocations resulting from ortho- and para– addition are considerably more stable than the intermediate from meta– addition.

This explains is why ortho- and para- products dominate, and the meta- product is minor. [Note 1]

It might be helpful to visualize this by drawing a reaction energy diagram.

4. The Reaction-Energy Diagram For An Ortho Para Director

The transition state leading to the ortho- and para- addition products is much lower in energy than the meta– .

Think about that for a minute, and we’ll address it below.

So what about CF3? Why does it give meta- products? Let’s do the same type of analysis.

Here’s the pathway leading to the ortho- product. As with the ortho- intermediate above, we can draw three resonance forms placing the carbocation on C1, C3, and C5, respectively.

So what’s different in this case?

What’s different is the presence of a strong electron withdrawing group (CF3) at C1, and this completely changes the ballgame.

As we’ve said, carbocations are destabilized by neighbors which withdraw electron-density. Therefore we would expect this to be a very minor resonance contributor, with the result that the positive charge is only delocalized over C3 and C5.

We’ve noted that CF3 is a meta- director. It’s reasonable to think that there’s something about the meta– that makes it particularly stable. By analyzing the intermediate for the meta– product below, can you see why?

Hmmm.  There’s no intermediate where a carbon has a full octet. There are no particularly stable resonance forms.

6. What We Call “meta– Directors” Are More Like “ortho-, para– Avoiders”

So it’s a “less bad” intermediate than the ortho-.

Finally, the para- intermediate has the same problem as the ortho- ; an intermediate with a positive charge on C1, adjacent to the CF3.

This results in only two important resonance forms, which leads to a less delocalized (and therefore less stable) carbocation intermediate.

Bottom line:  the meta carbocation intermediate is more stable than either the ortho– or the para-  intermediates.

But it’s not because the substituent itself has any stabilizing effect on the meta– intermediate. [And as we’ve seen, all meta- directing substituents are deactivating, meaning that they decrease the rate of reaction relative to H].

I’d argue that it’s more helpful to think of the meta- as less unstable than the ortho- and para– .

7. The Reaction Energy Diagram For A meta- Director

Here’s a sketch of the reaction energy diagram:

Back to our original question. So which carbocation is more stable?

Clearly, the carbocation with an adjacent oxygen bearing a lone pair is far more stable than a carbocation adjacent to an electron-withdrawing group like CF3.

It’s worth noting that most alkyl groups (such as CH3 ) lack a lone pair, but are still  ortho-, para- directors. This is consistent with everything we’ve learned before about how alkyl groups are generally stabilizing for carbocations- recall that carbocation stability generally increases with substitution [primary (least stable) < secondary < tertiary (most stable). ]

So about those para– products…

Why are para- products produced at a greater rate than ortho- ?

The answer is steric hindrance.

Attack at the para position is less encumbered by the substituent than attack at the ortho- positions are.

8. So Why Are Halogens Ortho-, Para- Directors?

This leaves us with the somewhat tricky example of halogens.

Why are fluorine, chlorine, bromine, and iodine ortho-, para- directors even though they are deactivating groups?

The answer should come as no surprise if you’ve been following along, but we’re going to leave this until the next post, because this one is long enough already.

Note 1. It’s more correct to say that ortho- and para- products dominate because the transition states leading to these products are lower in energy, rather than the energies of the intermediates themselves. After all, it’s the energy of the transition states which determines the activation barrier, and therefore the reaction rate.

Note 2. Or hyperconjugation, which most textbooks (with the notable exception of Maitland Jones) generally avoid. 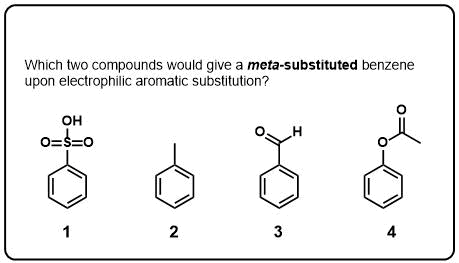 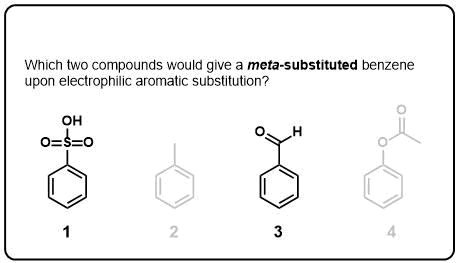 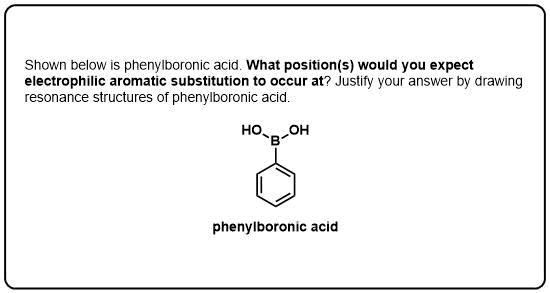 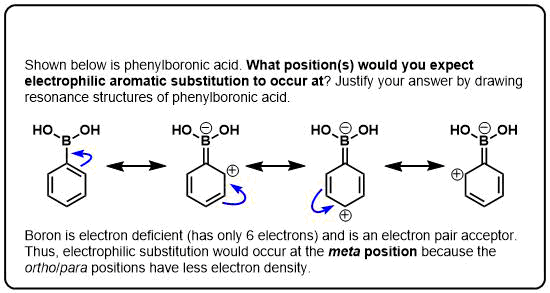 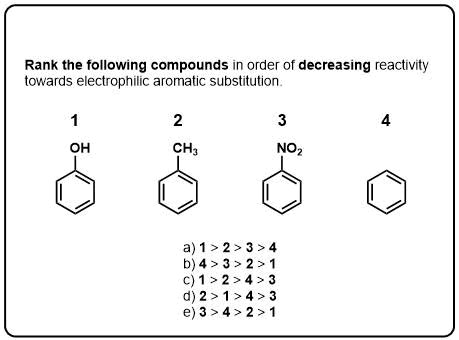 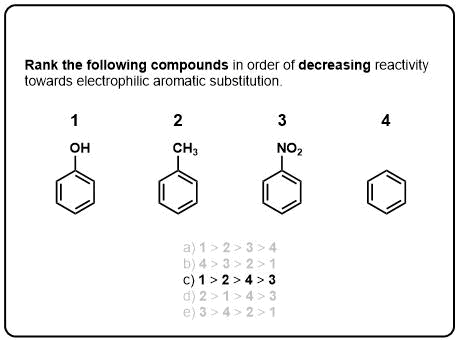 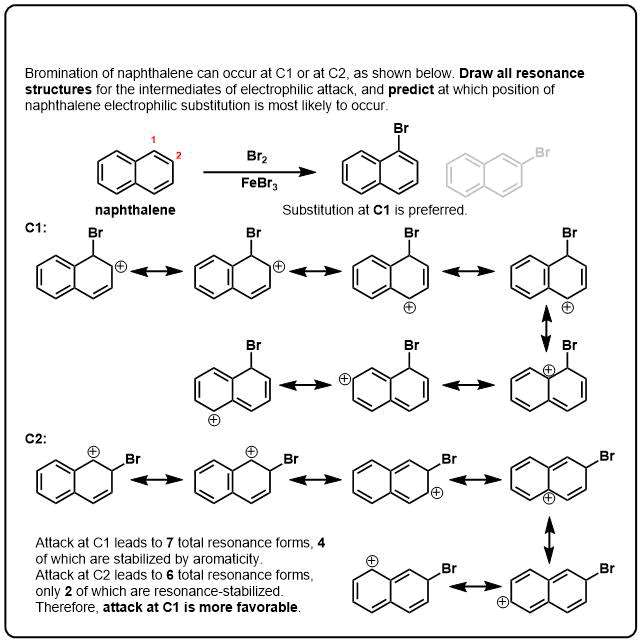 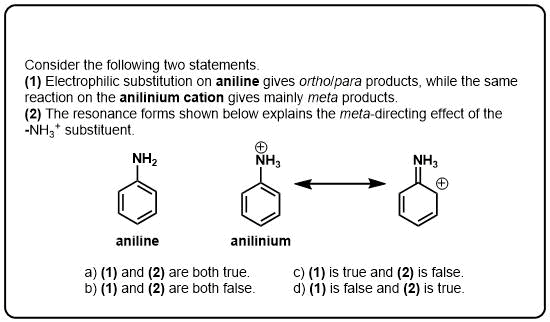 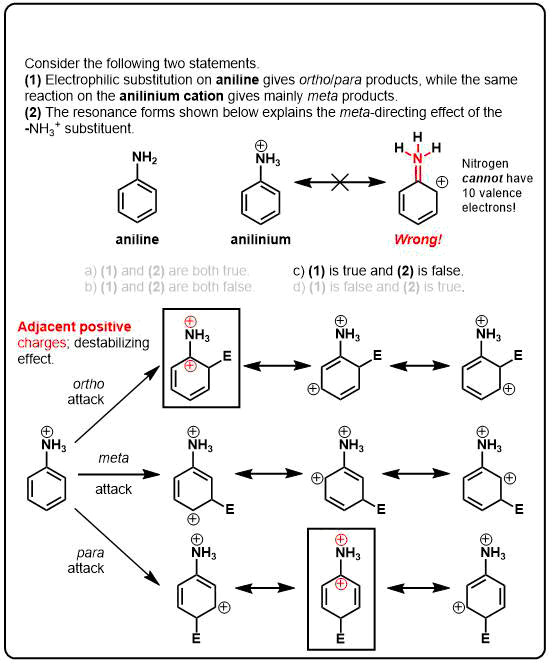 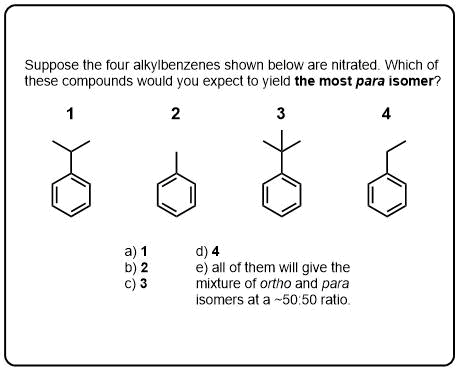 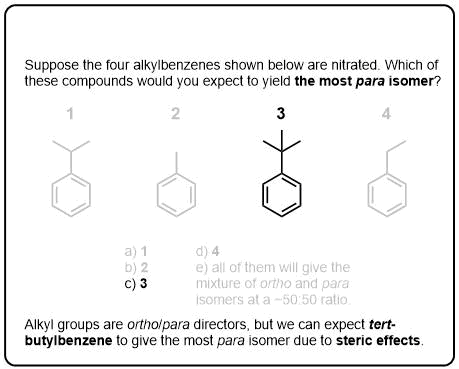