One concept that always seems to have a hard time getting through is that of pKa. No matter how many times I nag students to “know their pKa‘s” or tell them that the “pKa table is your friend” or compare it to a table of hand strengths in poker, I know that in some cases the message is just not getting across.

This drives me bonkers.  pKa values are important!

What’s so great about the pKa table?

Here’s my perspective: What other document can tell you at a glance about the universe of chemical reactivity, neatly arranged on a logarithmic scale?

The absolute scale of chemical reactivity differences is, to me, mind-blowing.

The trouble is, you really need to understand and appreciate log scales on an intuitive level to “get it”, and log tables are not visceral. Dealing with a difference of sixty orders of magnitude is a very difficult thing for the mind to do.

So with the help of the site below (for numbers) I present an augmented pKa table, with a cue on one side to allow for visualization of the scales involved. Maybe this could help students grasp the relative strengths of acids and bases – and appreciate the mind-blowing differences in chemical reactivity that they possess.

[Note – since HI is the most acidic, I decided to make it correspond to the largest number even though HI technically has the lowest pKa. It would not be completely unreasonable to do it the other way, although there is not much detail between the neutrino [10-25] and the Planck length [10-35].

*Asterisk is, the solvent it’s measured in affects the pKa (due to the levelling effect) but this is still no less mind blowing. 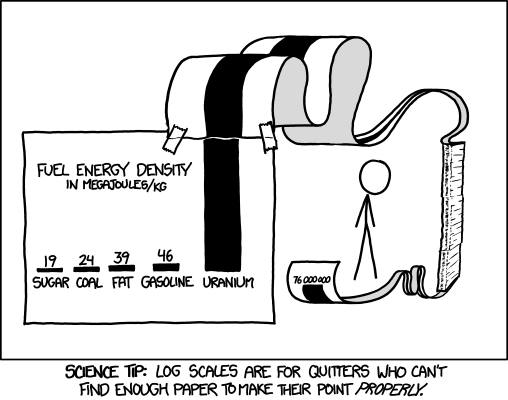 Space is big. You just won’t believe how vastly, hugely, mind- bogglingly big it is. I mean, you may think it’s a long way down the road to the chemist’s, but that’s just peanuts to space. – Douglas Adams, the Hitchhiker’s Guide to the Galaxy 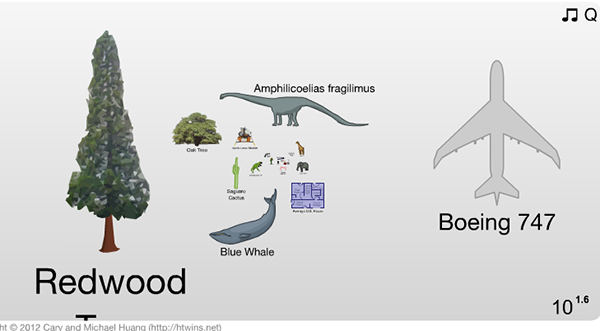 Chemical phenomena happen on a pretty small scale, so it’s hard for us chemists to find images that will compete with planets, galaxies, or blue whales we can use to state our case. So why not just piggyback on what’s been done before?