In the last post, we mentioned that one of the consequences of the fact that carbon can form rings is that small rings (less than 8 carbons) are so rigid that they can’t be turned inside out. One of the important consequences of this, as we’ll see today, is that it leads to the formation of new types of isomers we haven’t seen before: geometric isomers (aka cis- and trans– isomers).

Remember isomers? [See post: Types of Isomers] If you’ve gone through the first few chapters covering alkanes, no doubt you have. The most familiar kind of isomer to us right now are constitutional isomers. These are molecules that have the same molecular formula, but different structural formula. In other words, different connectivity. A simple example is for C4H10, where we have n-butane (a straight chain of 4 carbons) and 2-methyl propane (with a longest chain of 3 carbons, and a methyl group attached to the middle carbon).

Of course an easy way to remember constitutional isomers is to tie them back to cats.

Here, both molecules have the same molecular formula but different connectivities. That’s why specifying “1,1” or “1,2” is important – it avoids ambiguity.

An unambiguous name for a molecule is necessary in order to draw the structure perfectly from the name – just like an unambiguous address for your house is necessary to allow the postal service to deliver a letter to your door. Anything less and you get, “Return To Sender”.

2. Cycloalkanes Can Have Geometric Isomers (Stereoisomers)


This means that the orientation of the groups on C-1 and C-2 are locked in place. Therefore they are two different molecules.
In other words, they are isomers! That is, they have the same molecular formula (C5H10) but different structural formulae. (this is true for any two non-H substituents on C-1 and C-2 – not just methyl).

They will have different physical properties (e.g. boiling and melting points):

What kind of isomers are they exactly? They can’t be constitutional isomers, since they have the same connectivity. We’ll need a different name. Since these two isomers of 1,2-dimethylcyclopropane differ only in their orientation in space, we call them stereoisomers. For cases like this one where the groups are locked in place, we  also can use the phrase, “geometric isomers”, described by the terms “cis” and “trans” (more below)

3. The Wedge-Dash Convention Shows Us Which Groups Point Out Of The Page, And Which Point Into The Page

Let’s highlight this concept of stereoisomers with a cat example : – ) . Look at the white legs in each case. Same connectivity, but different arrangement in space.

Now: there’s actually a much more convenient way to draw stereoisomers than by using these 3-D perspective drawings. Except in certain cases (mostly bridged rings – that’s a little later in the chapter) in organic chem it’s usually much more convenient for us to draw the flat versions of molecules.

This presents a little problem. How do we give the illusion of showing three dimensions on a two-dimensional page?

Some groups will be pointing towards us, while others will point away.

So we’re going to take some inspiration from everyday life to give the effect of distance.

In this lovely picture of the Austrian alps, notice how the mountains close to us have well defined outlines and sharp contrast, whereas the mountains farther away are more faint. 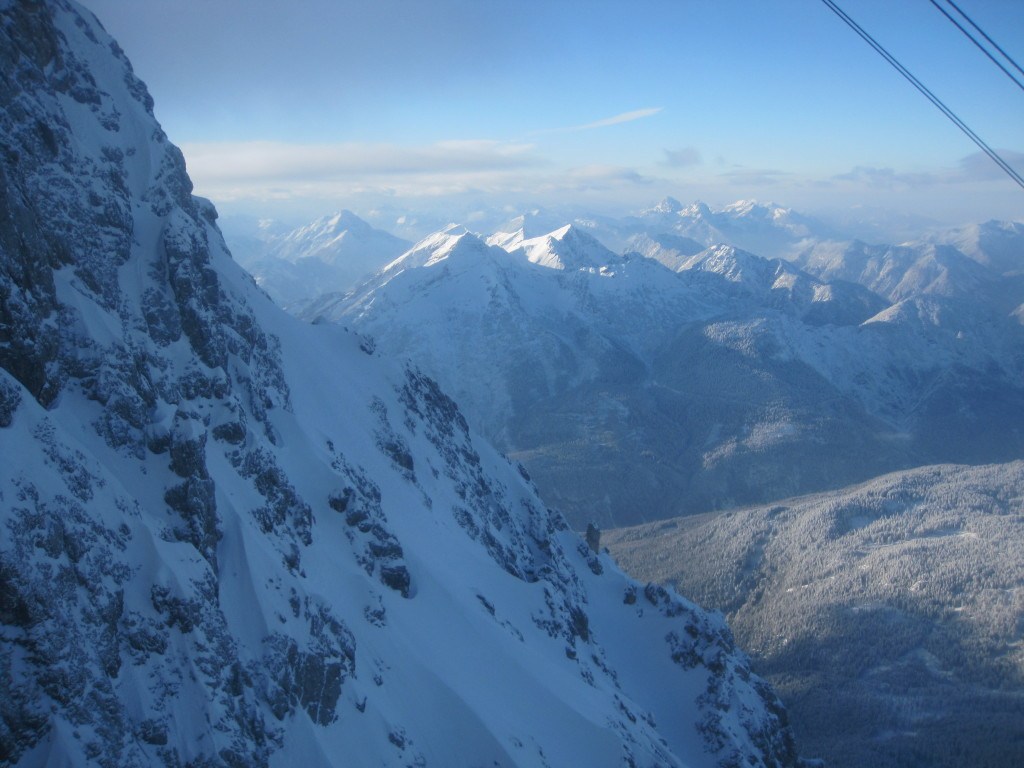 4. Molecules Are No Different Than Any Other Three-Dimensional Object You Encounter In Everyday Life

Molecules are just like any other 3-D object.  Their structure is INDEPENDENT of the perspective you draw them from. Whether you choose to draw them from the top, the bottom, the side – they all represent the same three-dimensional object. By the way – we could also have chosen to look at it from the bottom instead. In that case the drawings would look like this

6. More Examples of Cis- And Trans- Isomers In Cycloalkanes

We can apply this to other groups (and rings) beside methyls and cyclopropane, of course. Note that in the absence of dashes/wedges, the structures drawn would be ambiguous.

In the next post, we’ll talk about another interesting consequence of ring size: a phenomenon known as strain.

Note 1. Some of these structures (not all) are not even fully made unambiguous by the terms “cis” and “trans”. There’s an even deeper level of nomenclature we’ll need to describe, for example, trans-1,2-dimethylcyelopropane.