Home / HOMO and LUMO In the Diels Alder Reaction

HOMO and LUMO In the Diels Alder Reaction

The HOMO and LUMO In The Diels Alder Reaction

1. A Quick Recap Of The Diels-Alder Reaction

Let’s recap where we are with the Diels-Alder so far:

Why is the Diels-Alder so easy, and many seemingly related reactions so hard?

The answer to this question lies in the arrangement of pi molecular orbitals in the two components of this reaction.

In the 1960’s a theory of orbital symmetry was developed to understand these reactions, which provided a very useful set of predictive rules – the Woodward-Hoffmann rules.

2. Bond Formation Requires Overlap Between The HOMO Of One Molecule (The Nucleophile) With The LUMO Of Another Molecule (The Electrophile) 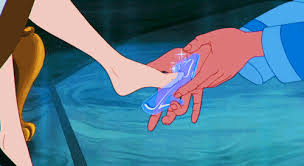 In most reactions (such as the SN2) only one bond is forming at a given center at any one time:

One little note.  In the SN2 we make the assumption that the HOMO and LUMO have the same phase. This is perfectly valid – so long as we’re only dealing with one bond being formed at a time.

Things get more complex when we have a reaction where two or more bonds are formed at the exact same time. This is known as a concerted reaction (as opposed to “stepwise”).

Take the combination of two alkenes to give a cyclobutane ring.  (This is often called a [2+2] cycloaddition.)

Since we have two bonds forming at the same time, we have two orbital interactions to consider.

What’s the nucleophile and the electrophile here?

More specifically, the nucleophile is the HOMO of one ethene molecule, and the electrophile is the LUMO of another ethene.

The HOMO of one ethene molecule must combine with the LUMO of another ethene molecule. [We can’t combine two occupied orbitals – Nature has a strict 2-electron occupancy limit per orbital. And since we can’t form a bond without electrons, combining two LUMOs would be silly]

4. Molecular Orbitals In The [2+2] Cycloaddition Between Ethene And Ethene Show Why The Reaction Is Unfavorable Under “Thermal” Conditions

In order for the reaction to occur in a concerted fashion, we must have constructive overlap between each of the lobes where the bonds are being formed. [If the phases are opposite, there is destructive interference between the orbitals and therefore zero electron density between the atoms]

Now let’s bring the two molecules of ethene together:

This helps us understand why [2+2] cycloadditions don’t generally occur under “thermal” conditions (i.e.  heating). The orbitals don’t both overlap! [Note 2]

[2+2] cycloadditions do occur under photochemical conditions, however. More on that in a moment.

5. Molecular Orbitals In The Diels-Alder Reaction: Interaction of the Diene HOMO with the Dienophile LUMO Is Favorable At Both Bond-Forming Sites

Now let’s perform the same kind of analysis on the Diels-Alder reaction.

Now let’s see what happens when we try to line up the HOMO of butadiene with the LUMO of ethene.

[Why not the other way around, with the LUMO of butadiene and the HOMO of ethene? See Note 3 ]

Here we have the  diene (in the green plane) approaching the dienophile (orange plane) from the top, as a helicopter might approach a landing pad.  New bonds form between C1 –C6 and C4–C5 . Note that the phases of the lobes for each pair of interactions match and thus have constructive orbital overlap.

[Also note that although the diene is depicted as being on “top” here,  it works equally well if it’s on the bottom  hover here for a pop-up image  or click this link. The symmetry works out in both cases – just like it does for two Lego blocks, even though the phases of the “lobes” on each face are opposite ]

This helps us understand why the Diels-Alder reaction works – the orbital interactions are favorable.

We’ll stop with the Diels-Alder, but  [Note 4] continues the discussion [nerds only].

Above, I said the [2+2] cycloaddition doesn’t work under “normal” conditions, by which I meant “heating”. [Organic chemists  usually use the term “thermal” conditions]

However, it’s been observed that if one exposes the reaction to ultraviolet (UV) light, the reaction can proceed quite well. [These are called, “photochemical conditions”].

Ultraviolet light promotes an electron from the HOMO to the LUMO, resulting in a “new” HOMO. [sometimes called HOMO-prime, or SOMO (for “singly occupied molecular orbital”)]. [Here is a previous post on UV spectroscopy].

Now there are two bonding interactions between the lobes. And the reaction actually works!

Not that one would want to mess with perfection, but it’s at least worth a brief note that promotion of the Diels-Alder reaction is done through heating, not via photochemical means. An attempt to run a Diels-Alder under “photochemical conditions” would be met with the same failure as a [2+2] cycloaddition under thermal conditions, and for the same reasons – because the orbital symmetry is wrong.

7. Summary – The Key Role Of Orbital Symmetry In Concerted Reactions Of Pi-Systems

The situation reverses in the presence of ultraviolet light, where an electron can be promoted to give a new HOMO with different orbital symmetry.

Under photochemical conditions, the [2+2] cycloaddition between two alkenes is “allowed” and the Diels-Alder is “forbidden”.

We can boil this all down to a simple table:

As we continue to explore this topic, we’ll revisit this table and make updates, because there’s a whole family of reactions where orbital symmetry plays a crucial role.

Note 1. We’re making the assumption here that one molecule of ethene approaches the other molecule of ethene in the same way we’d bring together two pieces of Lego. The bottom face of one component joins with the top face of another.

Each pair of lobes involved in bonding is on the same face of the molecule. This arrangement is called suprafacial . It’s analogous to “syn“.

There’s a name for the situation where lobes on opposite faces of a reactant participate in a reaction: it’s called, “antarafacial” (similar to “anti“).

You might ask why this doesn’t happen in the [2+2] cycloaddition between alkenes. If you build a model however, you’ll quickly see that the answer is that it ain’t so frickin’ easy! The transition state for a [2+2] between two alkenes with a single antarafacial component is highly strained.

[There are examples of [2+2] cycloadditions that work under thermal conditions, such as those involving ketenes, that do have an antarafacial component. That’s not a topic for today. ]

Note 2. The success of this analysis implies is that during these types of reactions, the symmetry of the molecular orbitals is conserved – in other words, we can treat the relative phases of the lobes on the orbitals as constant on the timescale of the transition state. This is why these rules are titled, “The Conservation of Orbital Symmetry”.

Note 3.  Interactions between the HOMO of the dienophile and the LUMO of the diene are just as favorable from an “orbital symmetry” perspective. The reaction rate, however, will be fastest in situations where the energies of the HOMO/LUMO pair are close together. Most Diels-Alder reactions you’ll see will be of electron-rich dienes (high-energy HOMO) with electron-poor dienophiles (low-energy LUMO).

4 thoughts on “HOMO and LUMO In the Diels Alder Reaction”