Home / How to Use a pKa Table

How to Use a pKa Table

A Key Skill – How To Use A pKa Table

Today we’ll talk about an incredibly important skill that might take some time to grasp but pays tremendous dividends. We’ll go through the exact details of how to use pKa values to tell if an acid base reaction is favorable or unfavorable.

1. The Acidity Constant Ka and Its Negative Logarithm pKa

Let’s review some key principles of acidity constants to make sure we’re all on the same page.

The acidity constant, Ka, is a measurement of the equilibrium between an acid, H-A and its dissociation to give H+ and its conjugate base, A(-). (This value has to be measured experimentally).

Not shown in the equation for Ka is the solvent, which is generally assumed to be water for our purposes. There are limits to using water as a solvent for Ka measurements at extreme acidities and basicities. [Note 1]

Can you tell which acid is stronger based on its Ka?

In order to get a better grasp on these numbers, we often take the negative logarithm of the acidity constant and call this pKa.

Alkanes have a pKa of about 50.

2. The Four Components Of An Acid-Base Reaction

In an acid-base reaction, a bond is formed at H and a bond is broken at H.

Every acid-base reaction has four components.

This is drawn in the forward direction (left to right) but the reverse reaction (right to left) is also an acid-base reaction. We just flip around the identities.

To see the reverse acid-base reaction, hover here or click this link.

Note that by drawing something up as an acid-base reaction does not imply that it actually happens at a reasonable rate.

That can only be determined through experiment.

We’re just saying that the pattern of an acid-base reaction is followed (i.e. form and break a bond at the same H).

3. The Principle of Acid-Base Mediocrity

In what direction do you think acid-base reactions are favored?

What correlates more with your experience: does adding salt (NaCl) to water result in harmless salt water, or result in the exothermic formation of HCl gas and caustic NaOH?

I like to call this The Principle of Acid-Base Mediocrity. [Note 4]

How do we know which acid is stronger and which is weaker? By identifying the acid and the conjugate acid, and comparing their two pKa values!

Acid base reactions will favor formation of the acid with the higher pKa value. It’s not completely unlike how areas of high pressure will flow to areas of low pressure.

4. Using pKa values and the Principle of Acid-Base Mediocrity To Predict Acid-Base Reactions

With these two mental tools – the higher the pKa, the weaker the acid, and the Principle Of Acid Base Mediocrity, we are all set to use pKa values to predict the directions of acid-base reactions.

The acid-base reaction that results in a compound with a lower pKa going to a higher pKa will be favored.

Ready for some quizzes?

We can get a rough idea of the position of the equilibrium by measuring the difference in pKa values.

So the acid-base reaction in the quiz above favors water (pKa 14) by about 10 orders of magnitude (1010) over acetic acid (pKa 4). That means there are roughly 10 billion molecules of water for every molecule of acetic acid.

This quiz asks you to calculate the ratio of each acid present at equilibrium.

A good rule of thumb is that a difference in pKa of more than 10 pKa units will represent an irreversible acid-base reaction for the purposes of carrying out a chemical reaction. [Note 5]

So acetate ion (the conjugate base of acetic acid, pKa 4) is perfectly capable of deprotonating water (pKa 14) but the equilibrium will be very unfavorable (a difference of 10 pKa units).

It’s unreasonable to expect that acetate ion will be able to deprotonate a ketone like acetone (pKa 17) to any significant extent.

5. pKa Values Are Also A Guide To Basicity

pKa values are also a useful guide to basicity, but maybe not in the way that you’d normally think.

There’s one common misconception that needs to get cleared up.

It’s true that the higher the pKa, the weaker the acid.

Does that mean that the higher the pKa, the stronger the base?

In order for a species to act as a base, it has to have a lone pair of electrons that could reasonably remove a proton. That’s not the case for alkanes (pKa = 50), alkenes (pKa = 42), or ammonium salts (pKa = 10) and many others.

Instead, it’s true that the higher the pKa, the stronger the conjugate base.

You can use pKa values to predict the strength of the base that will result when a proton (H+) is removed.

Here is another quick quiz:

The ultimate guide to acidity is a pKa table, which represents a collection of actual measurements of the acidity of various molecules.

A typical pKa table covers the acidity of species ranging from hydroiodic acid H-I (pKa = -9) to alkanes (pKa = 50)  representing about 60 orders of magnitude in reactivity. [Note 6]

Using a pKa table, you can apply the Principle of Acid-Base Mediocrity and examine any random acid base reaction, once you have identified the main functional group.

For example, will CH3CH2S(-), the conjugate base of ethanethiol  deprotonate hydrogen gas (H2) to give H(-) ?

To figure this out, we draw out the four components of our acid base reaction. We then look on our pKa table for the pKa of a thiol and H2 . The pKa of the thiol is about 10 and the pKa of H2 is about 35.

Since going from CH3CH2S(-) to H(-) would result in a significantly stronger acid (and stronger base), we can say this reaction is unfavorable.

With a little bit of thought, you will soon reach the conclusion that a pKa table is not unlike the ranking of hands in poker.

It is particularly useful for ranking the strengths of bases.

For example, just like a royal flush beats all other hands in poker, a deprotonated alkane like CH3(-) will have a favorable acid-base equilibrium for the deprotonation of  anything below it in the pKa table.

7. How To Determine The Acidity Of Compounds That Aren’t on the pKa chart

One of the keys to using a pKa table is to start by identifying the key functional group(s) present and be familiar with their acidities.

Two of the molecules below might look a little scary because they are so huge and complex, but their acidity will mostly be determined by the functional group, not all the alkyl carbons.

What about the key trends that influence acidity? Aren’t they important?

Yes, of course. But when we’re changing two or more variables at once (e.g. when we’re comparing the acidities of two different functional groups), it’s difficult to judge which variable is more important without an experimental measurement.

That’s why pKa measurements are so useful.

If we’re examining the same functional group, then applying trends to determine the relative acidities is helpful.

8. Not Just For Acid Base Reactions

It can also be useful for predicting whether certain reactions will be favorable, even if you don’t know the mechanism.

For example,  substitution reactions involve formation and breakage of bonds at a carbon atom.

Here is an example.

Just based on relative basicities, in which direction would you predict this reaction to be favorable? Don’t worry about anything else for now.

We would not expect this reaction to be favorable, because it results in a much stronger base.

But the reverse reaction, where it does form a weaker base, works perfectly fine.

Here is another examnple of a substitution reaction, known as nucleophilic acyl substitution. Don’t worry about the name or the mechanism for now.

Just based on relative pKa values, in which direction would you predict this reaction to be favorable?

All else being equal, we should expect that the reaction will favor the formation of the weaker base.

If you have a pKa table, you essentially have a ranking of the stabilities of different molecules. (The stronger the base, the more unstable it is).

You can start to make predictions about which direction reactions will be favorable (or unfavorable).

When you hear instructors say things like, “don’t memorize, learn the concepts! “, this is one of those concepts that is extremely powerful when you understand it and apply it.

Note 2. The pKa of pure water is 14. The relative acidity of water relative to alcohols can change in other solvents. For example, in 2-propanol, methanol is 3 times more acidic than water.  See Ref 1. 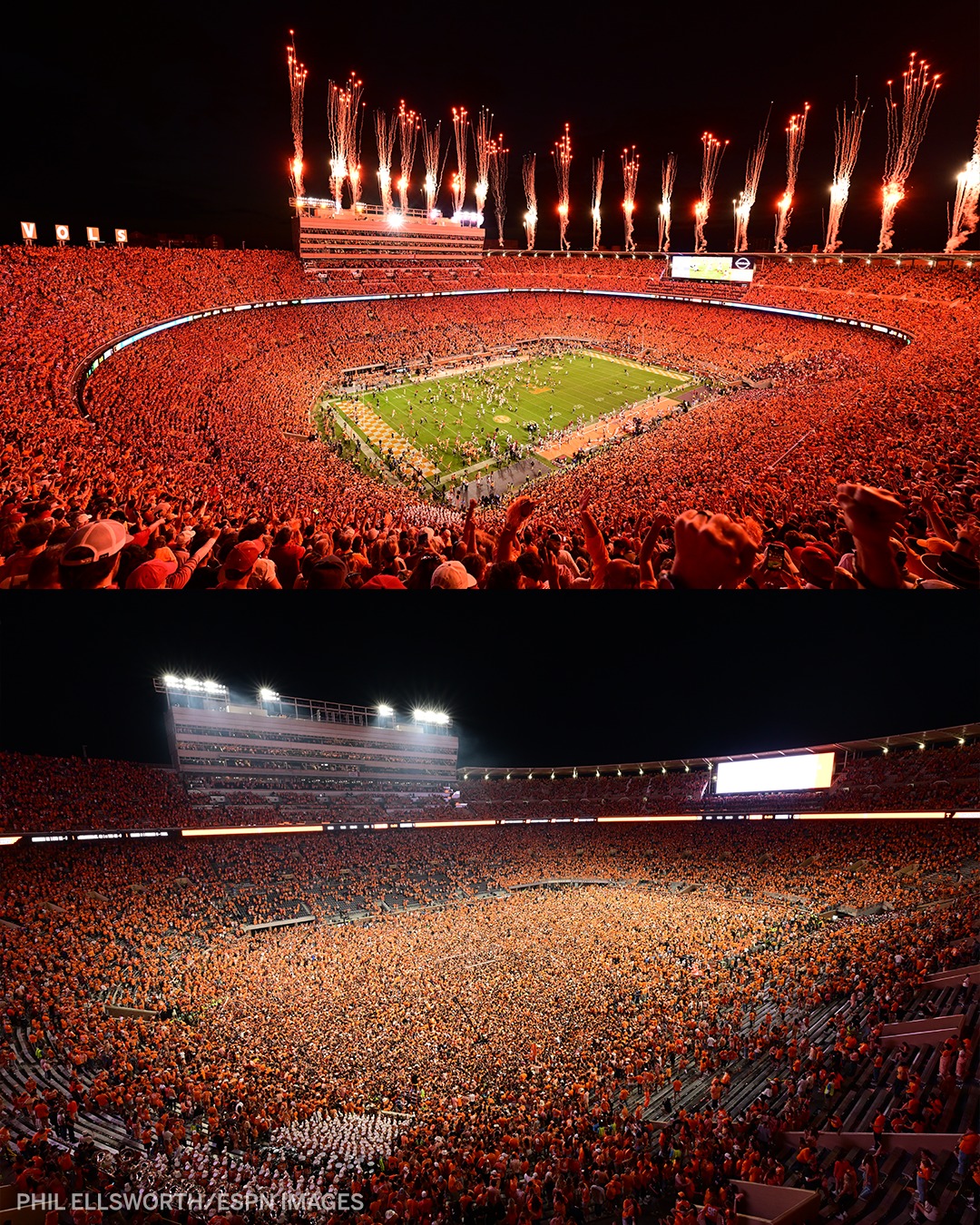 Note 5. One example of this rule of thumb in practice is the Claisen Condensation, where alkoxide bases (pKa of alcohols = 15-16) are capable of deprotonating esters (pKa = 25).

Note 7. This is assuming that no other side reactions can interfere.