A racemic mixture is an equimolar mixture of two enantiomers that is optically inactive.

In this article we break down what a racemic mixture is, and give plenty of examples.

1. Definition of a Racemic Mixture

According to IUPAC*, a racemic mixture (a.k.a.  a “racemate”) is

All three conditions have to be met in order for a mixture to be classified as “racemic”.

Mind you, in 99.99% of cases you will likely encounter, satisfying the first two conditions will satisfy the third condition.  [Note 1]

*Note that IUPAC doesn’t like the term racemic mixture, preferring racemate instead. We will use racemic mixture because it continues to be taught in introductory classes.

Let’s cover “enantiomers” first, because then it will become more clear as to why “equimolar” is important.

[For more discussion on enantiomers (and on brothers) : see “Types of Isomers” ]

The term “enantiomer” is used to describe the relationship between two molecules that are non-superimposable mirror images of each other. The most common situation where this occurs is when a molecule contains a single chiral center. This causes the molecule to lack a plane of symmetry.

Why bother with this disclaimer about “non-superimposable” mirror images? That’s because the mirror image of an achiral molecule like ethane is just a rotated version of the same molecule and is therefore superimposable. As far as chemistry is concerned,  two superimposable molecules are identical.

This is not the case for a chiral molecule, such as (R)-butan-2-ol and its enantiomer (S)-butan-2-ol.

The two are not superimposable on each other, and are therefore not the same molecule. They are enantiomers.

This isn’t unique to molecules, by the way. It can happen in LEGO too!

Stereoisomers which are not mirror images are said to be diastereomers.

The classic example is  (R,R) tartaric acid and (R,S) tartaric acid, which are stereoisomers of each other, but are not mirror images. Note that they each share an (R) configuration at one chiral center. (Enantiomers will always have completely opposite R,S designations)

These two molecules have different physical properties – different melting points, boiling points, solubilities, and in the case of chiral molecules, will completely differ in the extent to which they rotate plane-polarized light.

3. “A Racemic Mixture Is An Equimolar Mixture…” ?

An equimolar mixture for our purposes just means a mixture that consists of an equal number of moles of two components, usually dissolved in a solvent.

Recall that enantiomers have identical physical properties – (e.g. melting point, boiling point) except that they rotate plane-polarized light to an equal and opposite extent. [For more discussion: Optical Rotation, Optical Activity, and Specific Rotation]

Therefore, an equimolar mixture of two enantiomers in an achiral solvent will by necessity have an optical rotation of zero, and fulfill our definition of a racemic mixture.

A non equimolar-mixture such as 0.7 mol of (S)-butan-2-ol and 0.3 mol of (R)-butan-2-ol will have an excess of one enantiomer,  be optically active, and not be a racemic mixture.

Note that an equimolar mixture of diastereomers is not a racemic mixture!

4. “A Racemic Mixture Is Optically Inactive” ?

A mixture that is Optically Inactive does not rotate plane-polarized light.

Generally, if you have an equimolar mixture of two enantiomers, you will end up with a racemic mixture as a consequence*, since each enantiomer rotates plane-polarized light to an equal and opposite extent. If they are present in equal amounts, there will be no net rotation.

*unless we do something kinky like employ a chiral solvent, or impart some other chiral influence to the solution. Which we won’t do, 99.99% of the time.

Separating enantiomers is a lot of work. Since time is money, a pure enantiomer will generally be much more valuable than a 1:1 mixture with its enantiomer.

So making a racemic mixture through the addition of equal amounts of enantiomers is generally something done accidentally (e.g. as a consequence of not labeling your vials clearly enough) and accompanied by lots of swearing.

6. How Do You Know If A Reaction Will Make A Racemic Mixture?

More commonly, racemic mixtures can form through reactions which form a new chiral center in the absence of any chiral reagents.

Matt has a nice formulation of this principle, which he calls the “Preservation of Optical Inactivity“.

Now we come to the big question.

How do you know if a reaction will form a racemic mixture?

I have bad news. Unfortunately, there are no “quick and dirty” rules to follow, other than the (circular) requirement that the product must be an equimolar mixture of enantiomers.

You will also need to apply three main skills on a case-by-case basis:

It should come as no surprise that these types of questions are great fodder for exam questions.

Because there is no “quick and dirty” rule, I think it’s best to give a large number of examples which illustrate the different possibilities.

They are not presented in any particular order, but most of them concern reactions of alkenes, and all of them cover reactions encountered in first semester organic chemistry since this is when these questions are most likely to be asked.

As you go through these examples, here are some key questions to ask:

After going through these examples, we can then try to figure out some general principles.

We’ll start with a simple reaction of alkenes:  1-butene plus H-Br.

Does this make a racemic mixture?

Is a new chiral center formed? Yes. Are there any chiral influences? No.

What about this slight change in conditions, when HBr is added to an alkene in the presence of light (hν).

Is a chiral center being formed? No.

How might it be different  if we make one little tweak to the starting material?  What do you think?

(Note – D is deuterium, the heavy isotope of hydrogen)

Next, let’s look at hydrogenation of alkenes

Are we forming a chiral center? No.

What about this one?

Here we are making a new chiral center. Since there is no chiral influence, the product will be a mixture of enantiomers and therefore be a racemic mixture.

Let’s look at a substitution reaction next. What about the reaction of (S)-2-bromobutane with NaCN?

What if we start with a 1:1 mixture of enantiomers instead?

This is still a racemic mixture.

How about this substitution reaction of a tertiary alkyl halide?

(Recall that (+/-) denotes the presence of a racemic mixture).

Note that even though the starting material is optically active, we can still end up with a racemic mixture since the product is formed via an achiral intermediate (the carbocation).

Sometimes you might already have a stereocenter in the molecule. What happens here?

The reaction is epoxidation of an alkene using m-CPBA (m-chloroperoxybenzoic acid). Epoxidation can occur from either face of the alkene.

Note that in this case, however, making a mixture of enantiomers is impossible. That’s because the reaction only affects the alkene, and doesn’t touch the chiral center with the methyl group.

This methyl group will be (R) in both products. So this can’t possibly be a racemic mixture.

[Note: Related question. What if the starting material was itself a racemic mixture?]

Does this bromination of cis-but-2-ene produce a racemic mixture?

Same molecule, different reagent. What about dihydroxylation with OsO4?

Isn’t it interesting that depending on your choice of reagent (Br2 or OsO4) you may obtain either chiral products or a racemic mixture?

Slightly different molecule here. What if we perform a bromination with trans-but-2-ene?

What about dihydroxylation with OsO4?

What about this reaction

This is a Sharpless asymmetric epoxidation, resulting in a new epoxide. It uses a chiral reagent (a salt of tartaric acid) to make a new epoxide.

The reagent is chiral and in this case predominantly gives one major enantiomer. Since one enantiomer is present in excess, this is therefore not a racemic mixture.

Racemic mixtures are equimolar mixtures of enantiomers that are optically inactive.

They can be made through adding together equal portions of enantiomers or (more commonly) as products of reactions that create a new chiral center in the absence of any chiral influence.

There are no good “shortcuts” to knowing whether a given reaction will form a racemic mixture or not, other than just 1) knowing the pattern of bonds that form and break, and 2) analyzing the resulting products on a case-by-case basis.

If there is a pre-existing chiral center that is not affected by the reaction, then watch out for the possibility of forming diastereomers.

Diastereomers may also form if two (or more) new chiral centers are formed in a reaction.

Note 1 – On very rare occasions one might use chiral solvents, especially in the context of NMR spectroscopy. Enantiomers in a chiral environment will have slightly different physical properties and will have different chemical shifts.

Note 2 – The SN1 reaction proceeds through an achiral (flat) carbocation intermediate which may be attacked on either side. Some courses teach the SN1 as leading to a “racemic mixture”. In practice whether or not a racemic mixture forms can be dependent on how long the reaction is run for and how reversible it is. If the leaving group is held relatively close to the carbocation in a “solvent cage” then some retention of optical activity may still occur.

Rather than imply that optical activity is lost in all cases of the SN1.  I personally prefer to say it goes with “a mixture of retention and inversion” .

More quizzes, mostly of weird cases that would have made the article even longer.

This article has been significantly updated (2022). The original article appears below.

What do you notice about these three pictures? Count the number of left gloves and right gloves. 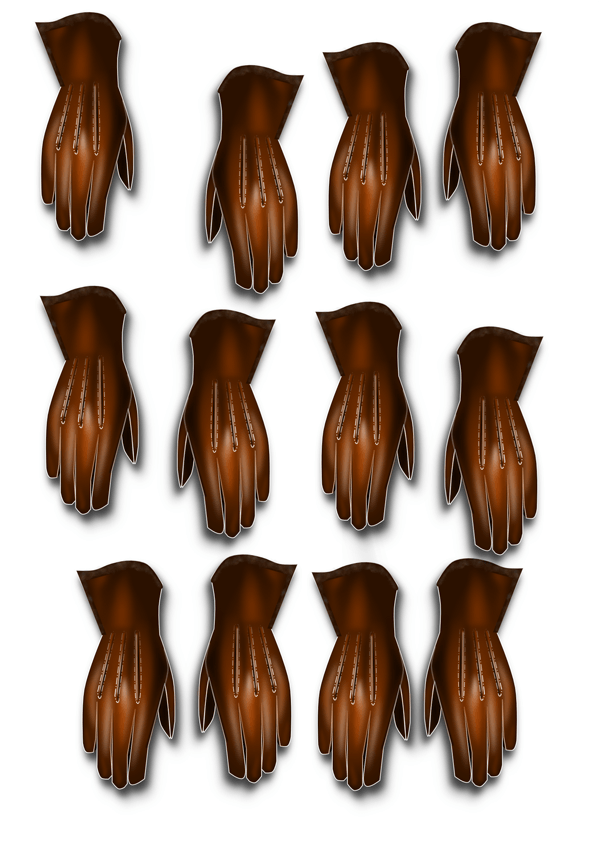 What about this one: 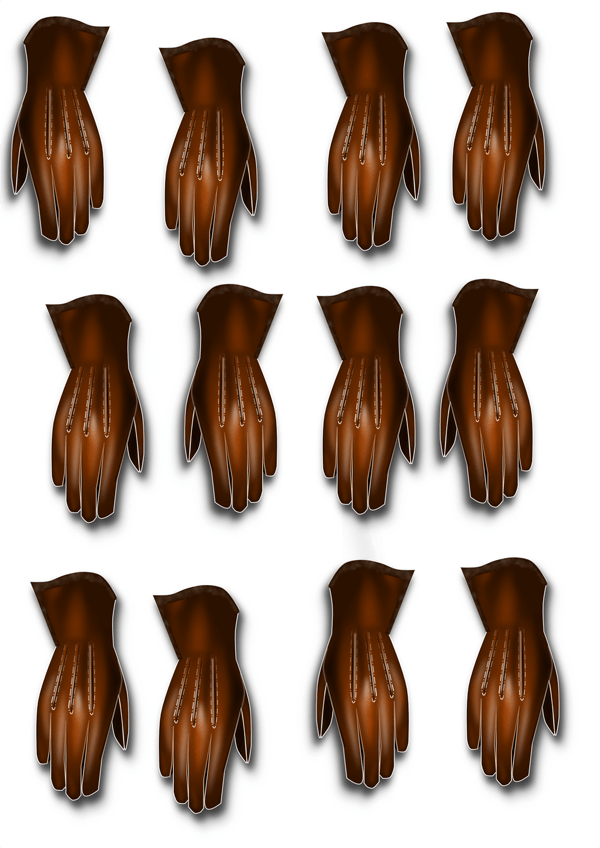 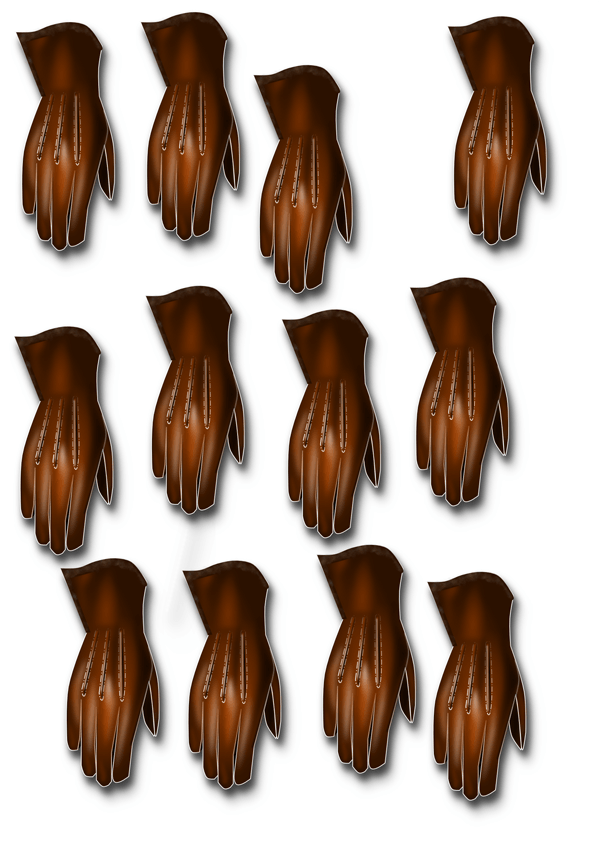 So what does this have to do with organic chemistry?

Gloves are chiral objects. That is, they lack an internal plane of symmetry. Left gloves and right gloves are mirror images of each other, but they can’t be superimposed.

In chemistry, there’s a word we have to describe a pair of non-superimposable mirror images – they’re called enantiomers.

Tying it back to the drawings, we can have three types of situations.

To tie it back to chemistry, let’s say we have a solution of a chiral molecule, like 2-butanol, which can exist as either the (R)-enantiomer or the (S)-enantiomer.

I hope this clears up any confusion!
A big thanks to Agnieszka at IlluScientia for the glove drawings.

29 thoughts on “What’s a Racemic Mixture?”