Home / Epoxides – The Outlier Of The Ether Family

Epoxides – The Outlier Of The Ether Family

Properties and Synthesis of Epoxides

In the last post, I wrote that ethers were quite possibly the most boring functional group of all, at least from the perspective of reactivity. This got some friendly flak from an inorganic chemist in the crowd, but for our purposes, it’s true. We only cover one reaction: how to cleave ethers with strong acid.
To review, here’s what this reaction looks like for several different ethers. Since an “ether” is a functional group with an oxygen connected to two carbons, this also includes cyclic cases such as the five membered and three membered cyclic ethers below.

In this reaction, we protonate the ether oxygen with strong acid [making a good leaving group] and one of the adjacent carbons is then attacked by a nucleophile [I- in this case] leading to the rupture of the C-O bond and formation of the alcohol and alkyl iodide shown above.

Opening up a cyclic molecule is akin to taking off a belt: by opening up the “buckle” [i.e. breaking the C-O bond] we go from a “loop” back to a “strip”. It is the same with cyclic molecules – see how the second and third examples open to give linear products.

By the way, that first example is the answer to the quiz at the bottom of the last post. The second example shows the cyclic ether tetrahydrofuran (THF), which you’ve probably seen in other contexts – as an organic solvent, for instance. The third example shows a class of molecules you’ve likely seen before but might not have thought of as an ether – the three-membered cyclic ethers we call “epoxides” [or sometimes, “oxiranes“].

2. Epoxides (“Oxiranes”) Are An Unusually Reactive Type of Cyclic Ether

If you think of ethers as a generally staid, stable, and placid family of functional groups, epoxides are definitely the outlier. 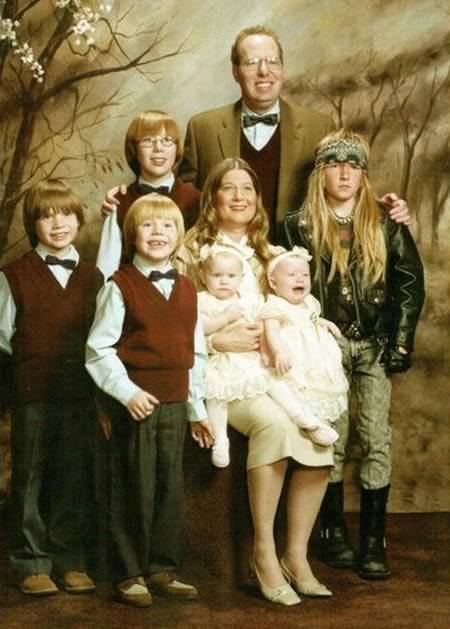 What makes epoxides so unusual – and interesting?

The interior bond angles of epoxides are about 60°. Contrast that with the “ideal” bond angle of 109.5° for tetrahedral carbon, and you’ll appreciate that like cyclopropane discussed earlier, they possess considerable ring strain.

This ring strain – about 13 kcal/mol – has the effect of making them”spring-loaded” if you will, toward opening.

[It’s important to keep one thing in mind when drawing epoxides, especially with respect to their position on rings. The two C-O bonds must always be on the same “face” of the ring [i.e. making a “cis” ring junction]. The “trans” ring junction version is too strained to exist]

Let’s look at some examples of how epoxides are more reactive than “regular” ethers.

First of all, they react with acid under much milder conditions than, say, diethyl ether. For example, treating an epoxide with aqueous acid [H3O+] will open an epoxide to provide a 1,2-diol [often called a “vicinal diol” or a “glycol”]. Under the same conditions that open the epoxide, diethyl ether is inert [as are most ethers].

[We’ll explore this reaction of epoxides in more detail in subsequent posts].

4. Unlike Most Ethers, Epoxides Can Be Easily  Cleaved With Aqueous Base

Secondly: unlike the vast majority of ethers, epoxides can also be cleaved with base. For example, treatment of an epoxide such as ethylene oxide with sodium hydroxide in water similarly leads to formation of a vicinal diol [this is “ethylene glycol“, by the way, a common component of antifreeze].

Other nucleophiles besides hydroxide ion can be used to open ethers (see post: Opening of Epoxides With Base)

The key point to absorb here is that epoxides are not typical ethers, and thus deserve their own discussion.

Let’s back up a bit.

5. Synthesis of Epoxides (1): Reaction of Alkenes With A Peroxyacid

I mentioned that you’d likely seen epoxides before, likely when you covered the reaction of alkenes. There’s two important ways to make epoxides from alkenes, one “direct” and one “indirect”. Let’s review the first method.

Treating an alkene with a “peroxyacid” (that’s a carboxylic acid containing an extra oxygen) leads to direct formation of an epoxide. A popular peroxyacid for this purpose is m-CPBA [m-chloroperoxybenzoic acid], although other peroxyacids of the general form RCO3H also find use. We talked about this reaction in more detail here.  (See post: Reactions of Alkenes – the Concerted Pathway)

6. Synthesis of Epoxides (2): Treating Halohydrins With Base

There’s a second way to make epoxides via a two-step process that I don’t believe we’ve covered here before.  Starting with an alkene, if one adds a halogen (such as Br2 or Cl2) and water as solvent, we make a species known as a halohydrin. Treatment of a halohydrin with strong base (such as NaH or NaOH) leads to deprotonation of the OH to give O- , which then displaces the adjacent halide via SN2 reaction to provide the resulting epoxide. [why deprotonation and not SN2? see Note 1]

Note that stereochemistry is important here! SN2 reactions proceed via a backside attack, (See post: The SN2 Mechanism) leading to inversion of configuration. If the halohydrin is “locked” in position (as part of a ring, for example) and the alkoxide [O- ] cannot approach the backside of the C-Br bond, then the SN2 cannot occur and therefore an epoxide will not be formed. Instructors love to ask questions like this, so be alert!

7. Opening Of Epoxides Gives Different Products  Depending  On Whether Acid Or Base Is Used

This post has given us a little taste of the properties, reactions, and synthesis of epoxides, but there are many more details to explore here. For example, if you are very observant, you might have noticed an odd thing about the reactions of that cyclohexane epoxide from the acid and base slides: it gives a different product depending on whether H3O+ or NaOH is added!

This isn’t a typo! This represents the actual pattern of reactivity of this epoxide. Isn’t it strange that NaOH and H3O+ should lead to different products. Why might that be?

One hint: this is a consequence of the fact that these reactions go through different mechanisms. Mechanisms that – believe it or not – we have seen before, in one form or another. However, this dichotomy of mechanism is a prime source of confusion for students on this topic, and again, one that tends to be heavily tested on exams.

We’ll start to delve into this mystery in the next post – as well as explore the reactions of epoxides in greater detail.

Note 1. By the way: you might ask – why doesn’t NaOH just do a backside attack on the C-Br bond in the first example? The answer is that acid-base reactions tend to be fast relative to substitution reactions, because there is very little atomic reorganization required. Secondly, once the alcohol has been deprotonated, the intramolecular SN2 reaction [forming the epoxide] is faster than the intermolecular SN2 forming a new alcohol, because the proximity of the O- to the C-Br gives it a higher “effective concentration”. ]

This reaction can be considered as an internal Williamson Ether Synthesis.

10 thoughts on “Epoxides – The Outlier Of The Ether Family”