There is a knack to drawing proper tetrahedrons. And some very common pitfalls that might not be immediately obvious.

One of the challenges that has faced chemists since the days of Van’t Hoff’s controversial (for the 1870’s!) proposal that carbons attached to four substituents can adopt a tetrahedral geometry is that of trying to depict three-dimensional structures on a two dimensional page. 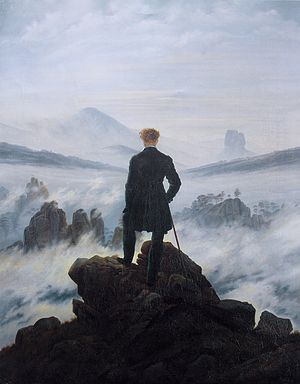 Although there are several permissible ways to depict a tetrahedral carbon on a flat page using dashes and wedges, the most intuitive to grasp is the one which shows one bond on a “wedge”, one on a “dash”, and two that are “flat” (that is, in the plane of the page). Here is what you might call the “industry standard” version, since it will easily allow us to add chains going off to the left and right (more on that later).

Here, note that it actually doesn’t matter if the “wedged” bond (C) is drawn to the left or to the right of the “dashed” bond – they depict the same molecule!

3. A Rotated Version Of The Same Thing

It is also common to show rotated versions of a tetrahedral carbon, such as in the two molecules drawn below:

Again, note that the wedge and dash have an acute angle between each other, just as above.

4. How To Screw Up Drawing Tetrahedral Carbon, Part 1

Although this might seem straightforward so far, it can be surprisingly easy to screw this up.
One of the most common ways in which to err is to draw an obtuse angle between the “wedge” and “dash” substituents.

The problem with this is that it does not depict a tetrahedral geometry. In fact, if you rotate the molecule 90°, you should be able to see that the molecule actually resembles a seesaw.

5. A Second Way To Screw Up Drawing Tetrahedral Carbon

A second way to draw tetrahedral carbon inaccurately is to draw an acute angle between the two substituents “in plane”. This is inaccurate because it is depicting a bond angle of <90° for two substituents which is of course not realistic. This error renders the three dimensional drawing below somewhat ambiguous.

Even people who are supposed to know what they are doing sometimes make these mistakes. In this Khan Academy video, for instance, a carbon chain is depicted like this: 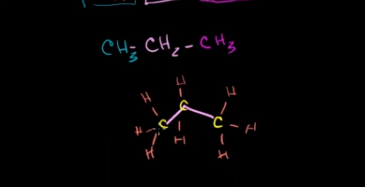 Why is this bad?

While it’s not irrecovably bad, it is misleading.

when we draw a carbon chain, all the carbons drawn in “zigzag” form are assumed to be “in the plane”.

If we wanted to draw in the implicit hydrogens, we’d do it this way.

However, if we made the same assumption with the “bad” drawing above, we’d get this:

And this is wrong because it does not correctly depict tetrahedral carbon. It would be much worse to show this in a long chain, such as here.

6. Summary: How To Draw Tetrahedral Carbon (And How Not To)

The fact that it is “surprisingly easy” to screw up drawing tetrahedral carbon may only be in fact surprising to newbies. Experienced students are aware that organic chemistry is a topic which presents a truly astounding variety of ways in which to err!

5 thoughts on “Wedge And Dash Convention For Tetrahedral Carbon”