Today’s post is all about hybrid orbitals. Here’s a quick summary:

1. What Orbitals Are Involved In The Tetrahedral Arrangement Of Methane (CH4)?

In the last post on the structure of methane we asked how we know that methane is tetrahedral.

Based on the orbitals of carbon (2s and 2p) we might have naively expected three of the C-H bonds to line up along the x, y, and z axes, respectively, and have the other one at some arbitrary angle (like 135° or so)

But then, as so often happens in science, our beautiful intuitive hypothesis was destroyed by some annoying experimental facts:

In retrospect, the geometry makes sense. It happens that 109.5 degrees is the orientation that maximizes the distance between each of the four bonding pairs, and thus minimizes their repulsive interactions. In other words, the geometry is a direct consequence of “opposite charges attract, like charges repel”.

But how do we describe the orbitals that are used to give that bond angle?

So what the heck kind of orbitals are they?

2. Hybrid Orbitals: An Explanation For Bonding At Carbon

Linus Pauling asked this same question back in his classic treatise, the Nature of the Chemical Bond (1931) [pdf] which in large measure won him the 1954 Nobel Prize in Chemistry.

Pauling’s solution to this dilemma, which we still apply today, was the following:

I’ll be honest here.  Many students don’t like this explanation.

Certainly, it’s confusing at first.  Why?

I think that when we initially learn about orbitals, we intuitively think of them as containers – sort of like atomic Tupperware for holding electrons that happen to come in a variety of cutesy shapes. 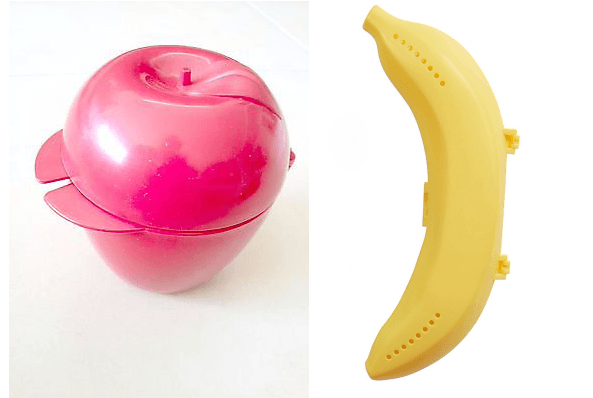 Electrons, then,  can be imagined to behave like the “fruits”  that rattle around in these containers (strict limit: 2 per container!). It’s not so surprising to our intuition when we learn that they can move from container to container within an atom or even leave the atom altogether.

What is surprising is when we open up the fridge and find that our cute little sphere- and dumbbell-shaped Tupperware containers  have changed their shape and merged their properties with each other!   This violates our intuition about how containers behave! 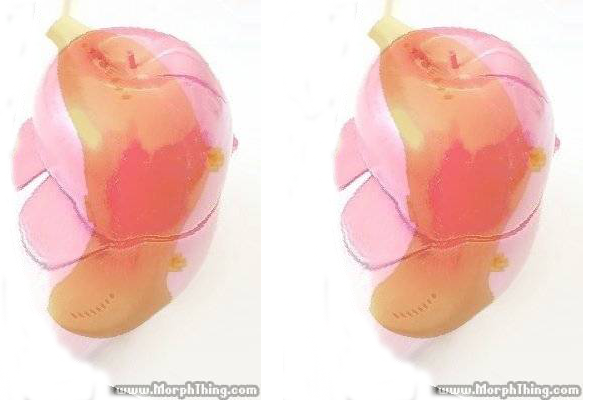 This is the quantum world, folks!  If this doesn’t mystify you… it f*&king should!

Going forward, I don’t ask that you understand or even “believe in” hybridization on a deep mathematical or theoretical level. That’s not necessary for our purposes [Pauling was a great teacher. You can always read the original Pauling paper, here, if you choose]

I merely advise that you try to suspend your disbelief going forward, because using this hybridization model will help us rationalize a lot of molecular structure, geometry, and behaviour.

Before we dive in any further, here’s what I consider to be a helpful little analogy (thx, Steven) that might help to get the point across.

That’s a little bit like what has happened to our 2s and 2p orbitals. By mixing the 2s and three 2p orbitals, we now have four orbitals which have 25% s character and 75% p character. (Although, importantly, it’s the shapes of the bottles that are changing, not just the contents).

The final step is to arrange these four orbitals at the corners of a tetrahedron, which allows for the maximum distance between the four electron pairs (like charges repel!)

How does this rationalization help us?

This doesn’t just apply to methane. It applies to any situation where a (first-row) element is bonded to four atoms. Obviously tetrahedral carbon is the most prominent example we will explore, but it also applies to tetrahedral nitrogen [e.g. NH4(+)] and even tetrahedral boron [e.g. BF4(-)].

5….As Well As Situations Where The Number of [Atoms + Lone Pairs] Equals 4

The tetrahedral arrangement of the orbitals holds even when one or more pairs of electrons is a non-bonded lone pair (If you’ve run across VSEPR theory, which most people have by the time that they arrive in organic chem, this shouldn’t come as a shock.)

For instance, ammonia (NH3), the “methyl anion” (CH3 – ) and the hydronium ion (H3O+) all have a central atom with 4 pairs of electrons:  3 pairs of bonding electrons and one pair of non-bonded electrons. As we’ve seen, the ideal geometry for arranging four pairs of electrons  is tetrahedral, which makes the hybridization of the central atom sp3.  This leaves the molecule with a “piano stool” arrangement of atoms about the central atom, which we call “trigonal pyramidal” geometry.

Another way of putting it is that the central atom has tetrahedral orbital geometry (sp3) and trigonal planar molecular geometry.

An interesting fact is that the bond angles in these are compressed from the ideal angle of 109.5°. The H-N-H bond angles in ammonia, for instance, are 107 degrees. We rationalize this as being due to the fact that a non-bonded lone pair is more repulsive than a “normal” bonding pair – likely because it’s closer to the atom and exerts a stronger influence.

This deviation from “ideal” bond angles is even greater in H2O (water) which has two lone pairs. The hybridization is still sp3, the orbital geometry is still tetrahedral, but the shape (“molecular geometry”) of the resulting molecule is “bent”.

Indeed, one of the notable achievements of Pauling’s hybridization model is that it correctly accounts for the dipole moment of water. If water were perfectly “linear”, as many of us might have naively assumed before we learned any chemistry,  the dipoles would cancel each other out.

Another example of “bent” geometry is found in the amide anion NH2– which has two lone pairs on nitrogen.

A quick table might help to summarize everything we’ve established about sp3 hybridization:

Let’s go back to our pop-bottle analogy. Say we only mix our Sprite with two bottles of Pepsi, not three.

What does that leave us with?

This gives us three hybrid bottles of pop, and one leftover unhybridized bottle.

By analogy,  if we mix the 2s orbital with two 2p orbitals, we obtain three sp2 hybrid orbitals, and one left over, unhybridized p orbital.

When these three sp2 orbitals are filled with electron pairs, the bond angle that maximizes their distance apart is 120°.

This gives us a “trigonal planar” arrangement of sp2 orbitals, with the unhybridized p orbital at right angles to the plane. It kind of resembles a Mercedes Benz symbol.

You might wonder: where  is the unhybridized p orbital?

In the case of BH3 and carbocations, the unhybridized p-orbital is empty.

There is another very common situation where sp2 geometry is observed, however. If adjacent atoms have single electrons in unhybridized p-orbitals, and if those p-orbitals can overlap, a bond can result. This is a phenomenon known as “pi-bonding“.  (We’ll have a lot more to say about it later.)

The carbon, oxygen, and nitrogen atoms in the examples below, which all have pi bonds (double bonds) are sp2 hybridized. The orbitals are separated by angles of approximately 120°.

When a lone pair is present, the bond angles will be slightly less than 120° since the lone pair can be thought of taking up more “room”.

Let’s examine the last possible case. What if only one p orbital hybridizes with the s orbital?

This gives us two hybrid ” sp ” orbitals separated by the maximum angle apart: 180 degrees. We call this arrangement, “linear”. Each hybrid sp orbital has 50% s character and 50% p character.

The two unhybridized p-orbitals are each at right angles to the sp hybrid orbitals.

For instance, here’s what the orbitals look like in beryllium chloride (BeCl2) where the  Cl-Be-Cl bond angle is 180°. If we consider the Cl-Be-Cl bond to be along the x-axis, the two (unhybridized) p-orbitals will be along the y and z axes, respectively.

sp-hybridization is more commonly observed in situations where there are two pi bonds on a single atom. The most prominent examples are “triple bonds”,  as seen in alkynes, nitriles, and carbon monoxide (CO). In these cases, not only are the carbon atoms sp-hybridized, but so are the nitrogen (in nitriles) and oxygen (in carbon monoxide) atoms.

Note also that lone pairs can be in sp-hybridized orbitals, as seen in nitriles and carbon monoxide.

sp-hybridization is not exclusive to triple bonded atoms – for example, the central carbons in allene and ketene participate in two pi bonds and are therefore sp-hybridized – but triple bonds are the most immediately recognizable examples.

OK. Here are the main points of this unintentionally very long post:

In the next post we will just provide a super simple trick for quickly determining the hybridization of a central atom.

Thanks again to Matt for co-authoring. Ask Matt about scheduling an online tutoring session here.