There are 3 steps in every free-radical reaction. Here it’s outlined for free radical chlorination of alkanes. 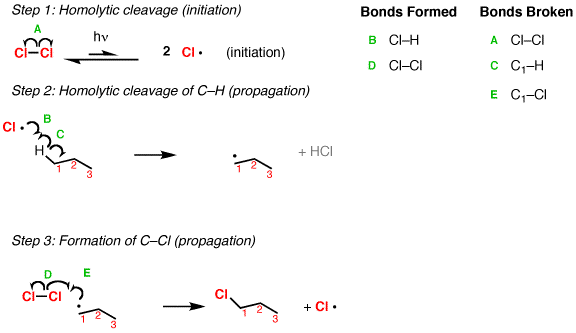 A common mistake is to draw the second propagation step to form the C-Cl bond as between a carbon radical and a Cl radical. This is actually the last step, termination! Note that here the number of free radicals goes down from 2 in the starting material to 0 in the product.