Bowing to pressure from consumer products companies facing a growing public relations nightmare over chemical ingredients in food, the International Union of Pure and Applied Chemistry (IUPAC) has made sweeping changes to the way chemicals are named, effective immediately.

In a prepared statement, Dr. Logan Sandmeyer, chair of the IUPAC Ad Hoc Committee On Chemical Nomenclature, laid out general guidelines for the naming of new compounds. “As of today, all 50 million known chemical compounds must be re-named to standards that allow for a typical American third grader to be able to pronounce.”

The slogan “if you can’t pronounce it, don’t eat it” has been a staple of advice in food activist circles since at least 2008, when New York Times best selling author and food activist Michael Pollan made the cautionary statement, “Don’t buy products with more than five ingredients or any ingredients you can’t easily pronounce“, and “If a third-grader can’t pronounce it, you probably shouldn’t eat it”.

As a result, sales of products containing difficult-to-pronounce food additives and other chemicals have suffered as they have been subject to heightened scrutiny. In 2014, the food chain Subway was pressured into removing the bread conditioner azodicarbonamide from its bread after a lengthy campaign by a prominent food blogger.

In addition, sales of products labelled as containing butylated hydroxytoluene (BHT),  tert-butylhydroquinone (TBHQ), as well  as  pyridoxine hydrochloride (Vitamin B6), pantothenic acid (Vitamin B5), and ascorbic acid (Vitamin C) have suffered the effects of the “if you can’t pronounce it, don’t eat it” campaign.

“I’m tired of dealing with this [stuff], honestly” , said one executive from General Mills, who declined to be named for this article. “Every day we open up our social media and people are on our ass about ingredients they can’t pronounce. It was high time the chemists actually did something about the naming of the molecules so this issue can go away once and for all.”

Among the other new guidelines are the following:

• All prefixes such as meth- , eth- , prop- and onwards will be replaced with the names of cute, photogenic animals.

• All suffixes that denote functional groups, such as “ol”, “ane”, “-oic acid” and so forth will be replaced with the names of healthy edible plants.

• All trivial names and abbreviations such as BHT, bisphenol A (BPA), will be replaced with new compound words including at least one word from the following list: natural, holistic, green, rainbow, sparkle, fuzzy, mellow, cleansing, chakra, positive, swirl, energy, vanihari and 500 others from an approved third-grade text.

• In the event of duplicate names, the words  “good” or “super” can be inserted into the name. If “good” does not suffice, then “doublegood”, “triplegood”, and so on can be added until the ambiguity is resolved.

• Each element will be assigned a spirit animal and be referred to this name on all packaging of consumer products.

Under the new guidelines, “Bisphenol A” will now be given the name “HoneyBunny RainbowSauce”,  BHT will be referred to as “SuperGood HolisticGreen ChakraSwirl”, and azodicarbonamide will be “VanihariUnicornJuice”.

“With these actions,” Sandmeyer announced, “we at IUPAC affirm that the necessity of having a systematic method for assigning a unique identifier to chemical compounds in all their beautiful and deep variety must take second place to the pronunciation abilities of third graders.”

“We hope that the largely superficial concerns of our critics have been addressed by this appropriately  superficial response”.

Pressed to further explain IUPAC’s decision, committee chair Sandmeyer said, “Sorry guys, I’d love to talk further, but now that this is out of the way,  I have to go take this wheelbarrow containing millions of dollars of industry-supplied cash over to the FDA so they will continue to say on their website that BHT, BPA, diazocarbonamide,  SLS, and TBHQ are all safe for human use within a very wide margin.”

“The profits generated by vast, secret conspiracies are supposed to be their own reward”, he sighed. “The truth is, not only are conspiracies expensive, but they are a shit-ton of work.” 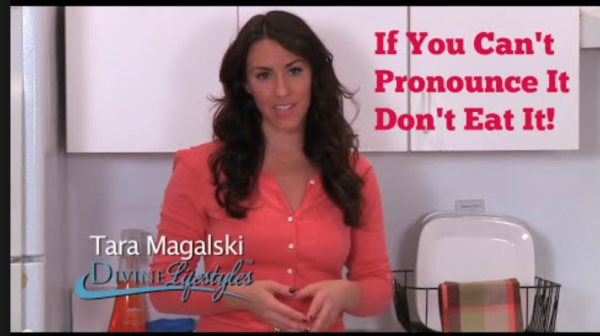 UPDATE: This is an April Fools post, if you haven’t already figured this out