Every electrophilic aromatic substitution reaction has the same plot.

A pi bond from the aromatic group attacks an electrophile, creating a carbocation. Next, a base removes a proton to make it aromatic again.

The rate limiting step is breaking aromaticity to form the carbocation.

So think back to the post from two days ago about carbocation stability.

Again: the rate is proportional to the stability of the carbocation.

Let’s say that for benzene the rate is equal to 1. 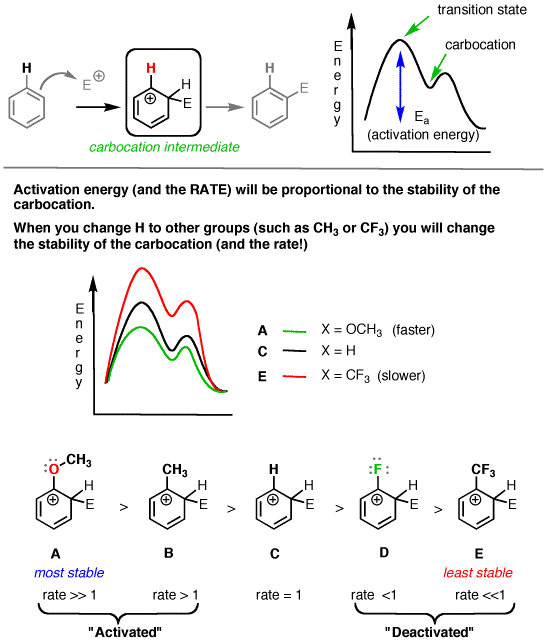 If you think about it, you’ll also see that where you put the group E on the ring will also influence the carbocation.

Tomorrow: let’s take a breath and go through the weeks’ worth of emails.
Thanks for reading! James