Intramolecular Reactions of Alcohols and Ethers

Here’s a topic which doesn’t really fit neatly in with what we’ve discussed before but it’s essential to any discussion of alcohols and ethers. Intramolecular reactions.

Intramolecular reactions [i.e. reactions where two functional groups in a molecule react with each other] cause a surprising amount of consternation on the part of students.

These reactions come up a tremendous amount on exams. Think of instructors as a bit like baseball pitchers. When it comes to exams, they don’t always groove fastballs down the centre of the plate. Sometimes they’ll throw curves and changeups. And intramolecular versions of reactions you’ve already learned  are perfect exam questions because they involve no new concepts – they are just extensions of the same reaction.

First of all let’s start by revisiting known territory: the Williamson Ether Synthesis. I’ve drawn things a bit weirdly here, I know, but it’s for a purpose.

That’s pretty straightforward, right? We’re breaking C-Br and forming C-O. The purpose of NaH [a strong base] is to deprotonate the alcohol (forming H2 in the process), making it into a nucleophilic alkoxide ion, which then performs a substitution reaction [ SN2 mechanism]. Remember – the conjugate base is always a better nucleophile.

Now let’s change one small thing. What happens when we attach C-1 and C-4 together (not IUPAC numbering by the way – these numbers are just placeholders).

Suddenly, in the eyes of many students, this question just got a lot more difficult.

Hold on! There’s no need to “go into the fetal position crying for your Mommy” – it’s essentially the same question!! There’s NO DIFFERENCE in the bonds that form and the bonds that break. Zero!

The only difference is that the nucleophile and electrophile are attached to each other in a chain.

3. Everything I Ever Needed To Know About Intramolecular Reactions I Learned From Putting On A Belt

If this reaction looked strange to you, maybe it’s just that you haven’t seen these types of examples yet. Awhile ago I wrote a post about this topic where I compared intramolecular reactions to putting on a belt. See, a belt has a nucleophile [the pin] and an electrophile [the notch], and they’re attached to each other through the length of leather (or pleather in this case). Since you no doubt have experience with belts, it’s intuitive to you what would happen here – we form a loop! 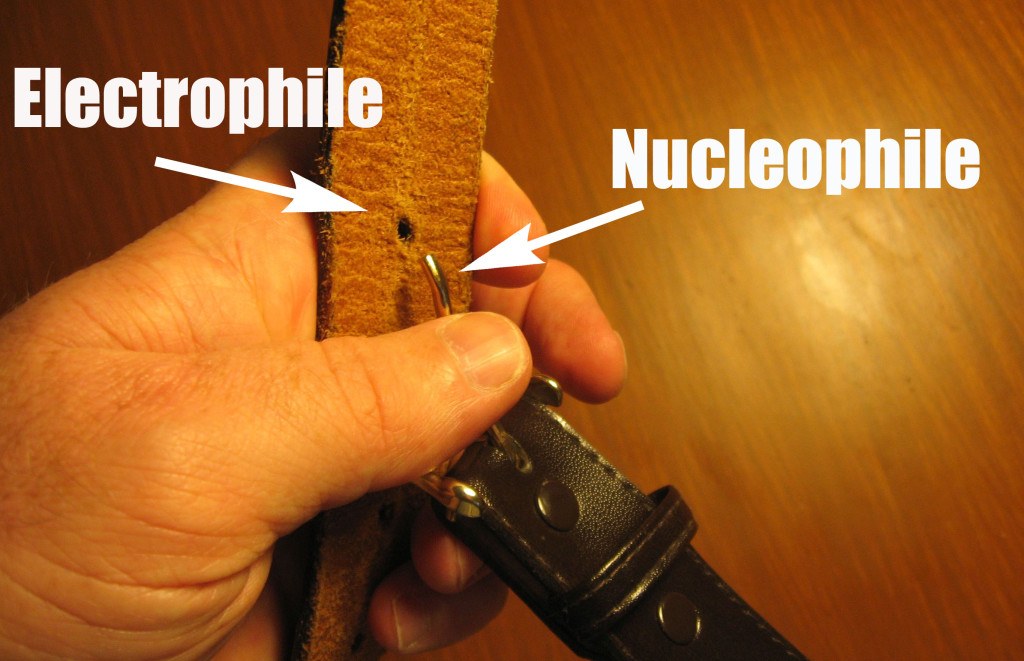 The key lesson here is that molecules can act just like belts. They can go from chains to rings and back to chains.

4. Going In Reverse: How To Go From A Ring To A Chain

First, let’s break diethyl ether. As we’ve seen, we can use a strong acid for this, such as hydroiodic acid (HI) (See post: Cleavage of Ethers With Acid)

Don’t panic! It’s the same sequence of bonds that form and break as before.

First, we protonate the oxygen to give the conjugate acid, which is now a better leaving group. Second, iodide ion then attacks the carbon, forming C–I and breaking O–C  [SN2 in this case].

5. How To Draw The Products Of Intramolecular Reactions In 5 Easy Steps

There’s another important reason why students find intramolecular reactions difficult. It can be tricky to draw the products. This is a common source of lost points.

Here’s a trick that helps in these problems. Draw the ugly version first.

The diagram below illustrates what I mean. Here’s a sequence of steps.

1. Figure out the reaction arrows (what bonds form and break) for your reaction.
2. Redraw the starting material. Number the atoms in the chain (not IUPAC, just to keep track of things).
3. Break any bonds implied by the reaction arrows. Then, for the bonds that form, simply connect those two atoms in space. Yes, it will look ugly. That’s OK. We’ll prettify it later.
4. Count the number of atoms that form your new ring. Draw the appropriate “pretty” polygon.
5. Decorate your new “pretty” polygon as needed, using the numbers as your guide.

The key point is to figure out how large your new ring is. So count the number of atoms carefully. In the example below, we’re forming a 6 membered ring. In the “ugly version”, our 6-membered ring looks like crap. But knowing that a six membered ring is a pretty hexagon, the next step is simply to ‘translate’ the crappy drawing to the hexagon. The numbers help us determine where to “decorate” our new polygon.

This is probably enough on this subject for our purposes. So if you’d like to move along, by all means do so. However, there is a final issue worth dealing with, at least briefly, and I have consigned it to the end of this post.

Note 1.  Check out what reader Thomas recently had to say on this topic:

“I despise intramolecular reactions with a white hot passion, particularly when it comes to retrosynthetic analysis. Give me a bunch of rings all stuck together, and I crumple into the fetal position crying for my Mommy. No idea how to tackle them. Generally no idea on what the linking sites on precursors are, or how to systematically approach problems. IMHO, it is barely taught at all in organic classes. Most books seem to barely mention intramolecular reactions, let alone scrutinize it as a troublesome area for students. And when it is taught, it isn’t taught very well. Frequently it just seems to pop upon tests for the purposes of destroying students. The lack of emphasis on this topic seems utterly bizarre to me considering how incredibly important it is in chemical synthesis and in biochemistry.

Bonus Section: A Final Note About Rates of Ring Formation

I should end with a cautionary note about reactions that lead to ring formation. One question that comes up a lot is, “when do I know when a new ring will form?” [Shortcut spoiler: yes to 5 and 6 (and 3), generally “no” to rings 7 and above]

Great question! This is one of those issues that makes organic chemistry “hard” for the beginner, but “deep” and “interesting” for the lifelong practitioner because there are several key factors that often work in opposite directions.

First of all: Not all rings form at the same rate. That is, the rate at which a ring will form is to some extent dependent on the length of the chain.

How does this fit in with what we already know about substitution reactions. Remember that the rate of a substitution reaction is proportional to the concentration of nucleophile and the concentration of electrophile. But what happens when the nucleophile and electrophile are on the same molecule? For this we use a concept called “effective concentration” which is to say that the reaction rate will be related to how much time the nucleophile spends in the vicinity of the electrophile. There isn’t space to go into this in detail in this post, but let’s use this velcro straps on this shoe as an overly simplistic example. 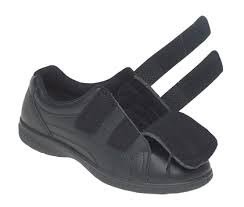 If the velcro straps are too short, then the nucleophile (strap) can’t reach the electrophile (on the shoe). If the velcro straps are too long (imagine if they were each a foot long, for instance!) , then the shoes will be annoying to put on because of the decreasing likelihood that the nucleophile will be in the vicinity of the electrophile (an example of low “effective concentration”). The rate of formation for very large rings will approach the rate of intermolecular reactions.

Of course molecules are more complicated than belts (or velcro straps) because of the ideal 109° angles of tetrahedral carbons. That creates some additional complexity, notably the issue of ring strain.

For example you are probably aware by this point that 3 and 4 membered rings are quite strained, whereas rings of size 5, 6, and 7 are relatively unstrained. If you’re just starting out you’re likely unaware that rings of size 8-11 are strained for a very interesting reason (transannular strain) and then rings of size 12 and above are generally unstrained.

This is a vague generalization. “Give me numbers!” you might be saying. My copy of March says the following. Note that this is for a different reaction than the Williamson ether synthesis [formation of cyclic esters through SN2 of carboxylates with alkyl halides], but the trend should hold.

For a more quantitative approach, I suggest you look into this paper on ring closure kinetics.

8 thoughts on “Intramolecular Reactions of Alcohols and Ethers”